COVID19 response with focus on AFRICA

Announcing the initiative in Geneva, the UN agency said that it had already had informal expressions of interest from pharmaceutical companies looking to produce insulin and have WHO assess whether it is safe for people to use.

“The simple fact is, that the prevalence of diabetes is growing, the amount of insulin available to treat diabetes is too low, the prices are too high, so we need to do something,” said Emer Cooke, Director of Regulation of Medicines and other Health Technologies at WHO.

Coinciding with the project launch, which comes ahead of World Diabetes Day marked each 14 November, UN Secretary-General António Guterres highlighted the impact of “catastrophic” medical expenses on sufferers.

“Diabetes damages health and undermines educational and employment aspirations for many, affecting communities and forcing families into economic hardship”, he said, particularly in low and middle-income countries.

The WHO’s two-year pilot project, unveiled on Wednesday, involves the evaluation of insulin developed by manufacturers to ensure their quality, safety, efficacy and affordability.

Room for expansion of diabetic care

Assuming there is enough interest from manufacturers and, crucially, more insulin available for diabetics, the scheme could be expanded more widely.

The procedure is known as prequalification and WHO has done it in the past for non-brand vaccines, including those used to treat TB, malaria and HIV.

This had resulted in massive savings for sufferers around the world, with 80 per cent of HIV patients now relying on generic products, Ms. Cooke said.

She noted too that some companies had already committed to lowering prices.

“When (HIV) anti-retrovirals were first produced, the cost per patient per year was $10,000,” she said. “Once we opened prequalification for generic HIV products, the price went down to $300 per year.”

She added: “We’re also confident that competition will bring prices down. That way, countries will have a greater choice of products that are more affordable.”

Today, three manufacturers control most of the global market for insulin, which was discovered as a treatment for diabetes in 1921.

The medicine works by lowering blood glucose levels, a task that is usually carried out by natural insulin, which is produced by the pancreas whenever we eat.

The quadrupling in the number of people with diabetes since 1980 – to around 420 million today, mostly in low and middle-income countries – is widely attributed to poor diet and a lack of exercise.

Those with type one diabetes – around 20 million people – need insulin injections to survive, while only around half of the 65 million type-two sufferers who need insulin are able to get it, WHO said.

In some countries, prices are so prohibitive that some people are forced to ration their insulin.

And while diabetes was the seventh leading cause of death globally in 2016, the finding is only worrying because the disease kills people prematurely, said Dr Gojka Roglic, WHO medical officer and diabetes expert.

“We all have to die of something and why not of diabetes – but (only) after celebrating our 90th birthday,” she joked. “The problem with diabetes is that it accounts for a large proportion of premature diabetes – almost half of them occur before 70.”

In low and middle-income countries, the percentage rises to around 60 per cent, Dr Roglic added.

Data collected by WHO from 24 countries on four continents showed that human insulin was available only in 61 per cent of health facilities.

The data from 2016-2019 also showed that a month’s supply of insulin costs a worker in Accra, Ghana, more than a fifth of their take-home pay.

What you need to know 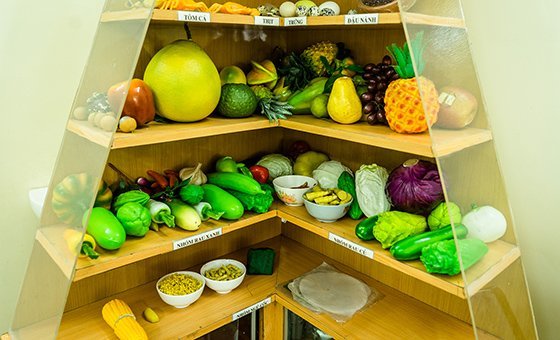 Diabetes is a chronic, metabolic disease characterized by elevated levels of blood glucose (or blood sugar), which leads over time to serious damage to the heart, blood vessels, eyes, kidneys, and nerves.

The most common is type 2 diabetes, usually in adults, which occurs when the body becomes resistant to insulin or doesn’t make enough insulin. In the past three decades the prevalence of type 2 diabetes has risen dramatically in countries of all income levels.

Type 1 diabetes, once known as juvenile diabetes or insulin-dependent diabetes, is a chronic condition in which the pancreas produces little or no insulin by itself.

Gestational diabetes is a third type, characterized by hyperglycaemia, or raised blood sugar, with values above normal but below those diagnostic of diabetes, during pregnancy. Women and their children are also at increased risk of type 2 diabetes in the future. 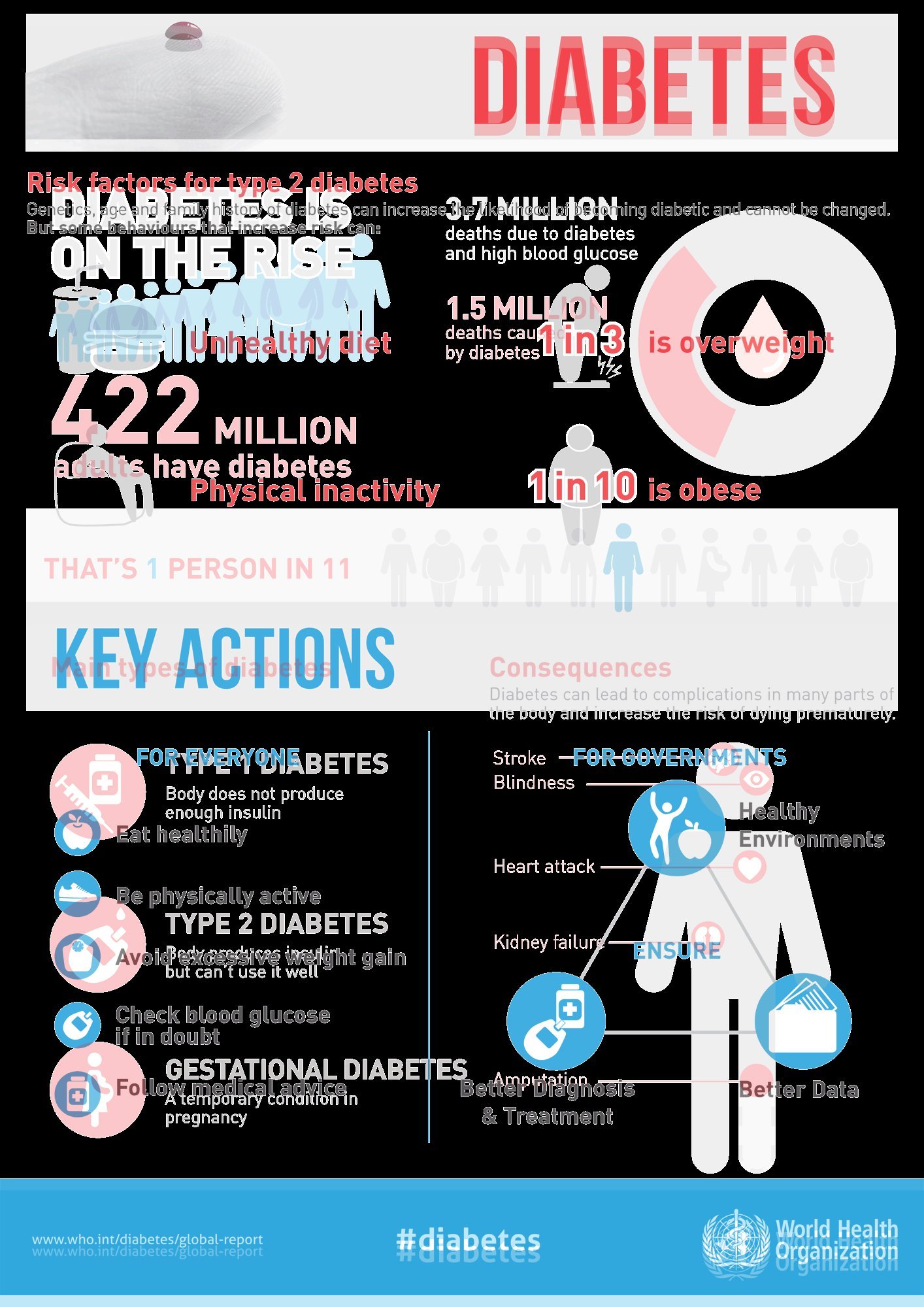 WHO: Infographic on diabetes.